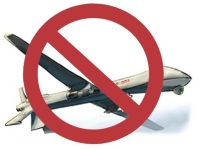 Charlottesville, Va., has become the first city in the United States to formally pass an anti-drone resolution.

The resolution, passed Monday, “calls on the United States Congress and the General Assembly of the Commonwealth of Virginia to adopt legislation prohibiting information obtained from the domestic use of drones from being introduced into a Federal or State court,” and “pledges to abstain from similar uses with city-owned, leased, or borrowed drones.”