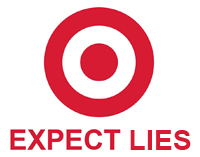 As press secretary to President Obama, Robert Gibbs was often in the obfuscation business. Now that he’s been freed from that role and become a news analyst—albeit at MSNBC—Gibbs has become considerably more candid. Readers will recall, for example, that he described Chuck Hagel as “unimpressive and unprepared” at his Senate confirmation hearing.

Today, Gibbs took that frankness a significant step further. On Up With Chris Hayes, Gibbs stated that as press secretary, he had been ordered not to acknowledge the existence of the drone program.

Lying for his country….And we should believe a single word this whore Gibbs says?
-Moose