Via: Jews Not Zionists 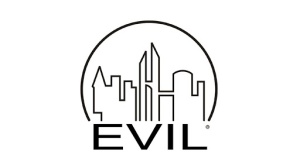 The Difference Between Judaism and Zionism

Where the Torah tells about the creation of the first human being, the most prominent Jewish commentator, Rashi, explains that the earth from which Adam was formed was not taken from one spot but from various parts of the globe. Thus human dignity does not depend on the place of one’s birth nor is it limited to one region.

The greatness or worth of a person is not measured by his or her outward appearance. Jews believe that Adam was created in G-d’s image and that he is the common ancestor of all mankind. At this stage in human history, there is no room for privileged people who can do with others as they please. Human life is sacred and human rights are not to be denied by those who would subvert them for “national security” or for any other reason. No one knows this better than the Jews, who have been second-class citizens so often and for so long. Some Zionists, however, may differ. This is understandable because Judaism and Zionism are by no means the same. Indeed they are incompatible and irreconcilable: If one is a good Jew, one cannot be a Zionist; if one is a Zionist, one cannot be a good Jew.