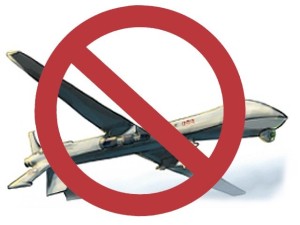 March 05, 2013 “Information Clearing House” – “This just in: Iran has utilized its newly developed drone capability to execute three members of the Mujahedeen e-Khalq (MEK), aka the People’s Mujahideen of Iran, a terrorist organization responsible for killing and injuring many hundreds of Iranians, including Mostafa Ahmadi Roshan and four other civilian university professors and scientists.

The strike took place early Tuesday morning in a suburb outside Cleveland, Ohio.

The Iranian intelligence agency reports that the three targeted individuals killed in the attack were senior MEK operational leaders. Sources on the ground report that in addition to three adult males, 10 American civilians, four women and six children were also killed. While Iranian officials have not acknowledged the civilian deaths, they do recognize that despite due care, precision weaponry and the best of intentions, the reality of war is such that sometimes collateral damage is unavoidable.

“US officials have, for many years, recognized MEK as a terrorist organization responsible for numerous acts of terrorism including the murder of Americans in Iran and the attack on the American Embassy in Benghazi. Yet for reasons still unclear, MEK has recently been delisted from the terror list (curiously soon after the assassination of Professor Roshan) thanks to the efforts of “dignitaries” like former New York City Mayor Rudy Giuliani, former Vermont Governor Howard Dean, former Secretary of Homeland Security Tom Ridge, US Homeland Security Advisory Council member Lee Hamilton and Israeli apologist Alan Dershowitz.

Further, given our strained relations with Iran, the US has refused to discontinue its support for MEK nor will it grant the Iranian Government’s request that MEK terrorists be arrested and extradited to Iran to stand trial for their terrorist activities.

Just a matter of time…
-Moose