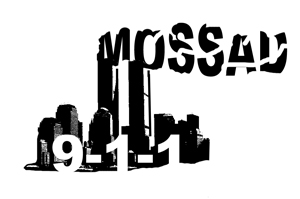 March 14, 2013 “Information Clearing House” – The pervasive news surrounding the confirmation hearing of John Brennan, Obama’s nominee for CIA director, is paralleled by another, related story that has been largely ignored by the U.S. media. That is the story of the man called Abu Zubaydah, whose alleged torture testimony, obtained by the CIA while Brennan was the head of the agency’s Terrorist Threat Center, built the foundation for the official account of 9/11.

As stated in my last article on the subject, Zubaydah is at the center of an unraveling of the official account of the 9/11 attacks.[1] His extensive torture at the hands of the CIA during Brennan’s tenure, which included at least 83 water-boarding sessions, hanging the man naked from the ceiling, slamming him against a concrete wall, and other atrocious experimental techniques, was said to produce valuable evidence about al Qaeda.

However, the government now claims that Zubaydah was never a member or associate of al Qaeda and therefore he could not have known any of the information that the 9/11 Commission attributed to him.

Oh really…The Government account isn’t accurate?
No way..Our government would never lie to us..
Pure as the driven snow…
-Moose