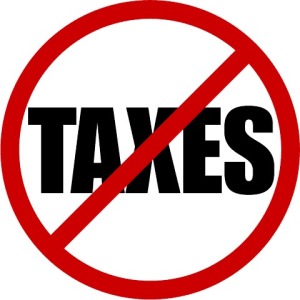 During this year’s March Madness across state legislatures, governors are competing for bold new ways to grow their job base. This week, Louisiana Governor Bobby Jindal detailed a jobs strategy that could take the Pelican State into the Final Four of tax competition.

Jindal’s tax bracketology is simple and clear to all businesses — a flat, fair, and simpler tax code is the better choice for moving Louisiana forward in economic growth. Jindal’s plan is far-reaching and intrepid — no state income tax, no corporate income tax, and no corporate franchise tax. Zero. Zilch. Nada.

In exchange, the state that lost $6 billion in adjusted gross income since 1995 would modernize its sales tax system to replace nearly $3 billion in state revenues. With lower property tax burdens than the Lone Star State in the Bayou, the loudest opponent to this plan should be Texas Governor Rick Perry.

By lowering the penalty Louisiana currently extracts from workers, nearly 400,000 small businesses with fewer than five employees would get a clear economic signal from their Louisiana Department of Revenue.

The more you produce, the more you can reinvest in a much friendlier business environment. If Washington, D.C., or Tea Party groups were looking for a game-changing state initiative, Baton Rouge just became fair tax headquarters.

Can this be true? Remember, it is coming from a politician’s mouth….
-Moose