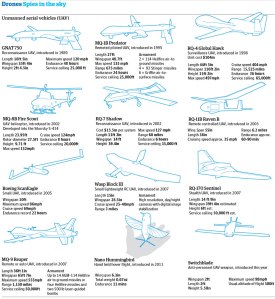 The company says it won’t knock drones down, but will stop them from ‘completing their mission’

Do you want to keep drones out of your backyard?

An Oregon company says that it has developed and will soon start selling technology that disables unmanned aircraft.

The company, called Domestic Drone Countermeasures, was founded in late February because some of its engineers see unmanned aerial vehicles—which are already being flown by law enforcement in some areas and could see wider commercial integration into American airspace by 2015—as unwanted eyes in the sky.

“I was personally concerned and I think there’s a lot of other people worried about this,” says Timothy Faucett, a lead engineer on the project. “We’ve already had many inquiries, a lot of people saying ‘Hey, I don’t want these drones looking at me.'”

Domestic Drones Countermeasures was formed as a spin-off company from Aplus Mobile, which sells rugged computer processors to defense contractors—though the company won’t discuss its specific technology because it is still applying for several patents. Faucett says that work has helped inform its anti-drone technology.

The company will sell land-based boxes that are “non-offensive, non-combative and not destructive.” According to the company, “drones will not fall from the sky, but they will be unable to complete their missions.”