Via: The Future of Freedom Foundation 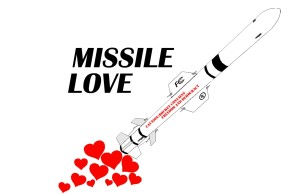 Have you ever wondered what people mean when they praise the troops in Iraq and Afghanistan for defending our rights and freedoms here at home? This is one of the most popular and important bromides of our time. Given that we hear it all the time, especially in church and at sporting events, wouldn’t it be good to contemplate what people mean by it?

Yet, as a practical matter, the only way for Americans to lose their rights and freedoms would be for an army of terrorists to take control of the U.S. government and the levers of power, thereby being able to subjugate the entire nation to the will of the terrorists.

Oh sure, it’s entirely possible that a few terrorists can blow up a building or kill some people, but that, of course, is a far cry from conquering an entire nation and enslaving its citizenry.

Thus, the reality, notwithstanding all the hype and fear, is that the rights and freedoms of the American people are not in any danger whatsoever of being lost to the terrorists. That is, there is no army of hundreds of thousands of terrorists crossing the ocean in transport ships seeking to invade and conquer the United States.

As a matter of fact, such an endeavor would be so utterly difficult from a military standpoint that one can say with certainty that the chances of success would be virtually nil. After all, don’t forget that Hitler’s massive and powerful army couldn’t even cross the English Channel to invade and conquer England. Don’t forget also that the Allied invasion at Normandy involved around 150,000 troops and, even then, success was not guaranteed. Needless to say, there is no evidence whatsoever that 150,000 terrorists are planning the much more difficult operation of successfully launching a military crossing of the Atlantic Ocean.

So, the fact is that American rights and freedoms are not in danger, at least not from the terrorists.

Thus, if American troops are not over there defending our rights and freedoms, what are they defending?

Freedom and Democracy Baby….
Repeat the lies until they become the accepted truth…
– Moose