Via: The Rutherford Institute 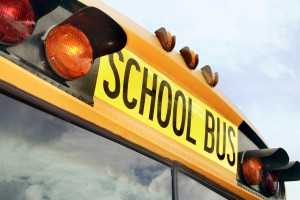 We are now five years out from the worst financial crisis in modern history, and still the yoke around the neck of the average American seems to tighten with every new tax, fine, fee and law adopted by our so-called representatives. Meanwhile, the three branches of government (Executive, Legislative and Judicial) and the agencies under their command—Defense, Commerce, Education, Homeland Security, Justice, Treasury, etc.—have switched their allegiance to the Corporate State with its unassailable pursuit of profit at all costs and by any means possible.

As a result, we are now ruled by a government consumed with squeezing every last penny out of the population and seemingly unconcerned if essential freedoms are trampled in the process. This profits-over-people mindset has taken various forms in recent years, ranging from the rise of privatized, for-profit prisons which require the states to keep their jails full to capacity to the overcriminalization phenomenon which has subjected Americans to a slew of inane laws that outlaw such innocuous activities as making and selling unpasteurized goat cheese, cultivating certain types of orchids, and feeding a whale. Included in the mix are the preponderance of red light cameras, sold to communities as a means of minimizing traffic accidents at intersections but in fact are just a vehicle for levying nuisance fines against drivers often guilty of little more than making a right-hand turn on a red light.

The most recent ploy to separate taxpayers from their hard-earned dollars and render them criminals comes in the form of school truancy laws. Disguised as well-meaning attempts to resolve attendance issues in the schools, these truancy laws are nothing less than stealth maneuvers aimed at enriching school districts and court systems alike through excessive fines and jail sentences, while the ones being singled out for punishment—more often than not from middle- to low-income families—are the very ones who can least afford it.

Under this increasingly popular system of truancy enforcement, instead of giving students detention or some other in-school punishment for “unauthorized” absences, schools are now opting to fine parents and force them or their kids to serve jail time. (“Unauthorized” is the key word here, of course, since schools retain the right to determine whether an absence sanctioned by a parent or even a doctor is acceptable.)

For example, California students are ticketed for missing or being late to school. One ticket for tardiness can cost a family $250. Tardiness is a particular problem in Los Angeles, where the city’s poor transit infrastructure and overcrowded buses often leave student passengers stranded at the bus stops. According to the Los Angeles Bus Riders Union, 12,000 students received tickets for truancy in Los Angeles in 2008.

Of those students, about 80% received tickets simply for being late to school. In order to avoid a $250 ticket, some parents from low-income households go so far as to keep their children home from school if there is any chance they will be late. As Barbara Ehrenreich, writing for the New York Times, points out, “it’s an ingenious anti-truancy policy that discourages parents from sending their youngsters to school.”

Nah…They just want to make sure your child gets a great education….
-Moose