Via: The Atlantic Wire 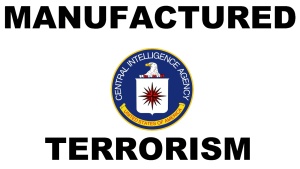 The Associated Press gets credit for actually breaking the recent “underwear bomber” news, but the information that the plot was an inside job by an intelligence operative actually appears to have come accidentally from a White House attempt at damage control.

What makes Reuters’ Mark Hosenball’s story’s fascinating is how it so clearly shows the fine line intelligence and law enforcement agencies have to walk when they deal with the press. It can’t be easy showing they’re doing their job while assuring people they’re safe while not revealing sensitive information. In this case, while explaining why the public had no cause to worry, an insider apparently tipped his hand.

You know those expert commentators who once held high-level counter-terrorism jobs and now work as talking heads for news shows? Well, they’re called “experts” because they get access to people like current counter-terrorism adviser John Brennan, who held a conference call to brief some of them on the plot earlier this month. And while explaining why they shouldn’t tell people the United States was in danger from a would-be bomber, Brennan apparently let the secret slip, reports’ Hosenball:

According to five people familiar with the call, Brennan stressed that the plot was never a threat to the U.S. public or air safety because Washington had “inside control” over it.

Brennan’s comment appears unintentionally to have helped lead to disclosure of the secret at the heart of a joint U.S.-British-Saudi undercover counter-terrorism operation.

It pays to remind oneself….
-Moose