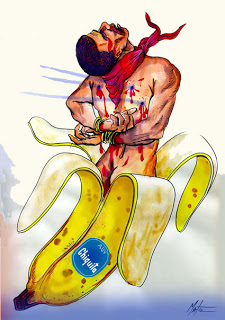 Washington, D.C., April 8, 2013 – Chiquita Brands International last week filed a “reverse” Freedom of Information lawsuit to block the release of records to the National Security Archive on the company’s illegal payments to Colombian terrorist groups, according to the complaint filed in U.S. District Court. At issue are thousands of documents the company turned over to the Securities and Exchange Commission (SEC) from 1998-2004 as part of an investigation of the company’s illegal transactions with leftist insurgents and right-wing paramilitaries from the United Self-Defense Forces of Colombia (AUC).

Two years ago, the Archive published “The Chiquita Papers,” a declassified collection of more than 5,000 pages of internal Chiquita documents turned over to the Department of Justice and the Federal Bureau of Investigation as part of a criminal investigation of more than $1.7 million in payments to the AUC over six years, and for nearly three years after the group was formally designated as a terrorist organization. That case resulted in a 2007 sentencing agreement in which Chiquita admitted to more than ten years of payments to a variety of Colombian guerrilla and paramilitary groups.

The Chiquita Papers included evidence that Chiquita and its Colombian subsidiary had received tangible benefits from those transactions, undermining one of the key aspects of the company’s defense: that it had never received “any actual security services or actual security equipment in exchange for the payments.” Chiquita’s “reverse” FOIA complaint now claims that the news headlines based on the documents were part of “a media campaign to publicize biased mischaracterizations of the documents.”

Not surprised a bit…
-Moose