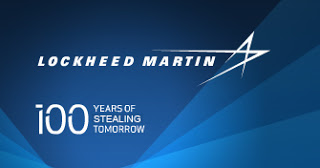 Defense giant Lockheed Martin had a totally sweet quarter, raking in $700 million and looking forward to the same this time next year. So it raises eyebrows when Lockheed’s anointed mouthpieces predict mass economic disaster if Congress touches the defense budget.

On Tuesday, the aerospace industry put out a report saying that chopping the defense budget would put over a million Americans out of work. Cuts that could total up to a trillion dollars over 10 years would “devastate the economy and the defense industrial base and undermine the national security of our country,” said Marion Blakeley, president of the Aerospace Industries Association, which sponsored the report.

But while Blakeley’s group paid for research to draw that dire conclusion, some of her members reported a sunnier economic outlook to their shareholders. In its third-quarter earnings report, also released Tuesday, Lockheed – manufacturers of the F-22 and F-35 jets — told investors to expect that as long as Congress passes President Obama’s next defense budget, ”the Corporation expects 2012 net sales to be flattish as compared to 2011 levels, and that consolidated 2012 segment operating profit margin will remain at approximately 11 percent.” Boom: another $700 million in earnings, on its way.

While there’s no doubt that defense cuts will mean job losses, there’s also no doubt that a report prepared for an industry so reliant on defense cash will paint a stark picture of what happens if that cash is threatened. Congressmembers looking to get reelected pay attention, since fighting for defense money as a jobs program is easier than making a case for what a sensible, appropriately funded defense strategy ought to be. That’s the problem with reports like these: They make it easy to ignore structural economic and defense problems and imply that all will be well if the cash keeps flowing.