Is the IRS about to get too close for comfort? New reports brought to light by one privacy and data security expert suggest that this tax filing season the Internal Revenue Service may be monitoring social media for any clues of tax cheats.

According to Kristen Mathews, a partner attorney at law firm Proskauer Rose LLP who specializes in privacy and data security, there are reports that the IRS will be checking into individual Facebook and Twitter accounts for improprieties.

Though the agency says that it will only conduct such monitoring if a tax form raises a red flag, it is somewhat unclear to what extent it will be capable of delving into social media accounts.

Social media tools used by marketing companies, for example, are capable of conducting widespread searches for certain keywords, and though they can often take advantage of small “loopholes” in Facebook privacy settings, they are generally limited to publicly divulged information.

Data mining is now widespread on social media, as companies often use Twitter buzz and comments left on Facebook to measure consumers’ thoughts on particular products, or to get ahead of a potential public relations issue.

In regards to government monitoring of social media, there are already plenty of instances where information collected through both Twitter and Facebook has been used to file criminal charges against individuals. Just last week, New York officials announced the indictment of 63 East Harlem gang members, whose movements were tracked with the help of clues they left behind on their social media accounts.

Anything you do can and will be used against you…
Does this bother anyone?
-Moose 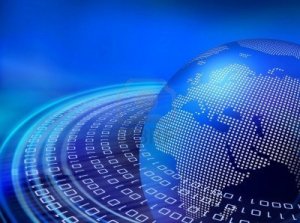 An escalating cyberattack involving an antispam group and a shadowy group of attackers has now affected millions of people across the Internet, raising the question: How can such attacks be stopped?

The short answer is: Not easily. The digital “fire hose” being wielded by the attackers to jam traffic on the Internet in recent weeks was made possible by both the best and worst aspects of the sprawling global computer network. The Internet is, by default, an open, loosely regulated platform for communication, but many of the servers that make its communication possible have been configured in such a way that they can be easily fooled.

The latest attacks, which appeared to have subsided by Wednesday, have demonstrated just how big a problem that can be.

On Tuesday, security engineers said that an anonymous group unhappy with Spamhaus, a volunteer organization that distributes a blacklist of spammers to e-mail providers, had retaliated with a cyberattack of vast proportions.

In what is called a distributed denial of service, or DDoS, attack, the assailants harnessed a powerful botnet — a network of thousands of infected computers being controlled remotely — to send attack traffic first to Spamhaus’s Web site and later to the Internet servers used by CloudFlare, a Silicon Valley company that Spamhaus hired to deflect its onslaught.

This kind of attack works because the botnet exploits Internet routing software and fools Internet servers into responding to requests for information sent simultaneously by a large group of computers. The Internet servers that answer the requests are tricked into sending blocks of data to the victims, in this case Spamhaus and CloudFlare.

The attack was amplified because each of the servers in this case was asked to send a relatively large block of information. The data stream grew from 10 billion bits per second last week to as much as 300 billion bits per second this week, the largest such attack ever reported, causing what CloudFlare estimated to be hundreds of millions of people to experience delays and error messages across the Web.

Via: The Sovereign Man

In another brilliant move aimed at destroying the few table scraps of economic freedom which remain in the Land of the Free, a bipartisan group of esteemed lawmakers in the United States Congress has introduced the Marketplace Fairness Act of 2013.

Remember the golden rule of legislation: the more noble the name of the law sounds, the more disastrous its results. This one is no exception.

Generally speaking in the United States, retailers must collect state and local sales tax at the point of sale. When you walk into a Main Street shop in Anytown, California, you’ll pay the sticker price PLUS hefty city and state sales taxes that can easily be 10% or more.

But if you purchase goods through the mail from a company in, say, Nevada or Oregon, either through the mail or online, no sales tax is charged. This goes back to a 20+ year old US Supreme Court decision which exempted out of state companies from collecting sales tax.

Well, according to the intellectual luminaries in Congress, local retailers are at a disadvantage, effectively having to charge 10%+ more for their products than an out-of-state retailer.

A video obtained by the Guardian reveals how an “extreme-scale analytics” system created by Raytheon, the world’s fifth largest defence contractor, can gather vast amounts of information about people from websites including Facebook, Twitter and Foursquare.

Raytheon says it has not sold the software – named Riot, or Rapid Information Overlay Technology – to any clients.

But the Massachusetts-based company has acknowledged the technology was shared with US government and industry as part of a joint research and development effort, in 2010, to help build a national security system capable of analysing “trillions of entities” from cyberspace.

The power of Riot to harness popular websites for surveillance offers a rare insight into controversial techniques that have attracted interest from intelligence and national security agencies, at the same time prompting civil liberties and online privacy concerns.

Ask John Matherly if he’s a hacker, and he’ll struggle for a moment with the term.

On one hand, he’s a hacker, in the sense that he’s an innovative programmer, arms deep in the information-security industry. On the other, he’s hypersensitive to how his baby—a project called Shodan—is portrayed in the press. In the past year, it’s surged in notoriety and not just in technology publications, such as Ars Technica and Wired. Shodan’s been the subject of multiple Washington Post investigative features, profiled on Dutch television and name-dropped by Sen. Joe Lieberman both in a statement on the Senate floor and in a New York Times op-ed, in which he characterized the site as a “nefariously named” hacking tool that was becoming more powerful and easier to use each year.

“I’m not doing anything malicious,” Matherly, who lives in Encinitas, says. “I’m trying to be a good citizen on the Internet.”

Simply put, Shodan is a search engine. While Google crawls the Internet looking for websites, Shodan is scanning for devices connected to the Internet and recording information about the software running on those devices. What has the press and security professionals worried is that Shodan has revealed wide-scale holes in Internet safety, from somewhat embarrassing privacy oversights to keep-you-up-at-night vulnerabilities in critical infrastructure.

Imagine a building. Now imagine a private detective checking out the building, snooping around the perimeter, noting what security company’s sticker is on the window, what kind of locks are on the doors, what kind of sprinkler system waters the landscaping, what brand of air conditioner is mounted on the roof, what electric company services the smart meter around the back. Now imagine that investigator does the same thing for every office, every home, every school, every factory, power plant, hospital and football stadium and uploads it to a publicly available database. That’s what Shodan does, but with IP addresses.

It’s almost like an automated way to digitally case every joint in the world.

This could come in handy…
-Moose

A report by an influential committee of MPs tells how spooks are keen to implement a nationwide surveillance regime aimed at logging nearly everything Britons do and say online.The spy network will rely on a technology known as Deep Packet Inspection to log data from communications ranging from online services like Facebook and Twitter, Skype calls with family members and visits to pornographic websites.

But civil liberties and privacy campaigners have reacted with outrage, saying that the technology will give the government a greater surveillance capability than has ever been seen.

And this is being done here in the USA….
-Moose

A report by an influential committee of MPs tells how spooks are keen to implement a nationwide surveillance regime aimed at logging nearly everything Britons do and say online.The spy network will rely on a technology known as Deep Packet Inspection to log data from communications ranging from online services like Facebook and Twitter, Skype calls with family members and visits to pornographic websites.

But civil liberties and privacy campaigners have reacted with outrage, saying that the technology will give the government a greater surveillance capability than has ever been seen.

And this is being done here in the USA….
-Moose