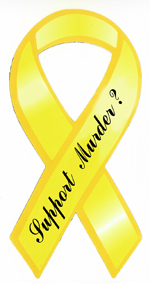 Every leader in the Pentagon has been warning for more than a year that if sequestration comes to pass the impact to the military will be severe. But the armed services’ most senior officers now are telling Congress those impacts are not a distant prospect — they could be looking at a “hollowed-out” force within a matter of months after the cuts are triggered.

When the Defense Department directed the military services last month to start conserving funds, it was a good sign that the Pentagon now believes the long-threatened automatic budget cuts actually will take place. Ashton Carter, the deputy secretary of Defense, gave weight to that view last week when he acknowledged in an interview with Bloomberg that sequestration now appears “more likely than unlikely.”
But the military’s leadership is pressing hard to make sure Congress understands its point of view on what sequestration would actually mean should it take effect midway through a fiscal year in which a DoD budget still has not been enacted.

A letter to lawmakers, signed by each member of the Joint Chiefs of Staff, opened with the admonition that “the readiness of our armed forces is at a tipping point. We are on the brink.”

I would be very happy if this happens..Maybe we can stop the murder and oppression going on by our military.
-Moose