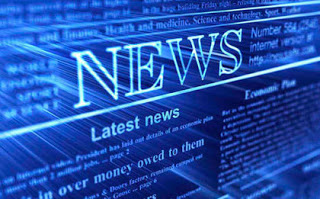 I am not sure exactly when the death of television news took place. The descent was gradual—a slide into the tawdry, the trivial and the inane, into the charade on cable news channels such as Fox and MSNBC in which hosts hold up corporate political puppets to laud or ridicule, and treat celebrity foibles as legitimate news. But if I had to pick a date when commercial television decided amassing corporate money and providing entertainment were its central mission, when it consciously chose to become a carnival act, it would probably be Feb. 25, 2003, when MSNBC took Phil Donahue off the air because of his opposition to the calls for war in Iraq.

Donahue and Bill Moyers, the last honest men on national television, were the only two major TV news personalities who presented the viewpoints of those of us who challenged the rush to war in Iraq. General Electric and Microsoft—MSNBC’s founders and defense contractors that went on to make tremendous profits from the war—were not about to tolerate a dissenting voice. Donahue was fired, and at PBS Moyers was subjected to tremendous pressure. An internal MSNBC memo leaked to the press stated that Donahue was hurting the image of the network. He would be a “difficult public face for NBC in a time of war,” the memo read. Donahue never returned to the airwaves.

Via: The Raw Story

Time spent in front of the television during childhood and early adolescence is linked to criminal behavior in adulthood, according to research published online in Pediatrics.

The study found that those who watched more television during childhood were at a significantly higher risk of having a criminal conviction and a diagnosis of antisocial personality disorder. The link between television and antisocial behavior held even after factors such as sex, IQ score, antisocial behavior in early childhood, socioeconomic status and parenting were accounted for.

Wow…Could have told them that already….
-Moose