Via: Want to Know 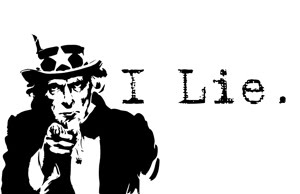 Americans can no longer be shocked by the discovery that information directly affecting their personal freedom is withheld from news media to protect persons with governmental influence. But it still comes as a shocking revelation that in 1933 there was an actual attempt to make a fascist puppet of President Franklin Delano Roosevelt. Now, more than forty years later, the public still remains ignorant of the story behind “The Plot to Seize the White House.”

The fact that the plot was a failure and our present government is still a democracy, is directly attributable to Major General Smedley Darlington Butler, one of the most remarkable generals in American history. A veteran of 35 years in the Marine Corps and twice a recipient of the Congressional Medal of Honor, Butler finally decided that “war is a racket!” His reputation for patriotism, integrity, and dedication to democracy, coupled with his proclivity to speak the truth as he saw it irrespective of official policy, made him a seemingly perfect front for the men who hated Roosevelt. They were people with a determination, if it were impossible to replace the president, to manipulate him through the person of an American Mussolini. Their short-sightedness prevented their realizing that Butler was obviously the wrong choice for the job.
Jules Archer quotes testimony from the McCormack-Dickstein House Committee on Un-American Activities hearings (including testimony that was subsequently censored from public record) that details how Butler was approached by representatives of the arch-conservative American Liberty League; how they tried to persuade him to lead an army of veterans in demonstration against Roosevelt’s silver standard; how Butler quickly concluded that the silver standard controversy was being used as a subterfuge to lead American veterans against Washington for truly sinister purposes; and how this hero, patriot, and Republican democrat, upon uncovering the full dimensions of the conspiracy, determined to go to Washington and blow it wide open.

John L. Spivak, a reporter assigned to cover the committee hearings, calls the story “one of the most fantastic plots in American history. … What was behind the plot was shrouded in a silence which has not been broken to this day. Even a generation later, those who are still alive and know all the facts have kept their silence so well that the conspiracy is not even a footnote in American histories. It would be regrettable if historians neglected this episode and future generations of Americans never learned of it.”